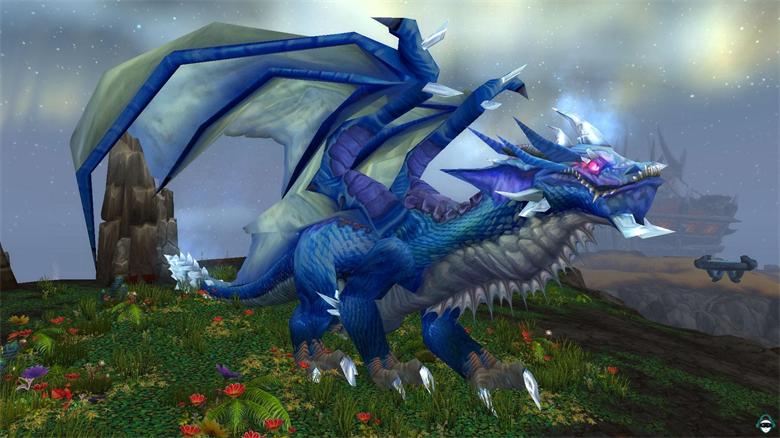 Here’s the best way to help him get organized:

First of all, you’re not just fighting Kalecgos. You’re also fighting Sathrovarr, another phase 5 TBC Burning Crusade Classic Sunwell Platea boss in another realm who is trying to take over Kalecgos. The goal of this fight is to get both Kalecgos and Sathrovarr to 0 percent health. You can’t just kill one and then the other, because they will both stay at 1 HP, and also because once one of them reaches 10 percent health, they both get angry and start doing a lot of damage to your tanks, so the goal is to DPS them about equally until they’re both close to 10 percent health, push them both at the same time, and then kill them as quickly as possible.

To DPS Kalec, it’s easy because he’s in the normal realm, which is where everyone will start. But to DPS Sathrovarr, people will have to use portals that will pop up throughout the fight to go down into the spectral realm and fight Sathrovarr there. Kalec is in that realm in his human form. He will help you not only deal damage to Sathrovarr, but also tank him, which will be very helpful.

The problem with those portals is that they appear on any random player in the raid, force that random player into the spectral realm, deal damage, and only let 5 more players in. Players also have to wait about 1.5 seconds before they can click on them. Kalec is not the best at making portals, that is for sure. So, now let’s talk about how to organize your raid. The best way to handle this fight is to divide your raid into four groups of six people. Each group should be as balanced as possible in terms of healing, DPS, and having a tank

Once you have your 4 groups set up, you want to do this: When a portal appears on a random player and force teleports that player into the spectral realm, you want the people in that player’s assigned group to all use the portal. 30 seconds later, another player from a different group will be force teleported, and you want the 5 people in that person’s group to all use the portal. Rinse and repeat until both bosses are dead. That’s the main way this fight works.

The second most dangerous mechanic is probably Spectral Blast. This is an AoE that is cast by the portal itself once it appears. It deals 5k damage to everyone around it, so make sure to stay spread out in the normal realm. On the other hand, in the spectral realm, you want to stack so that chain heals hit as many people as possible. The boss does have a Shadow Bolt Volley, but it only hits three people, so it’s better to just stack. Also, Kalecgos will be out in the spectral realm in his human form to tank the boss for you. He has a lot of health, but not enough to last the whole fight, so you only want to use him as a tank when you need to.